Q: What is Posttraumatic Stress Disorder? 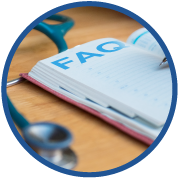 A: Posttraumatic Stress Disorder (PTSD) is a disorder that can occur following exposure to actual or threatened death, serious injury, or sexual violence[i]. Examples of such events include military combat, natural disasters, terrorist incidents, serious accidents, abuse (sexual, physical, emotional, ritual), and violent personal assaults, like rape. People who suffer from PTSD often relive the experience through nightmares and flashbacks, avoid reminders of the traumatic event, and feel detached or estranged. Individuals can also have difficulty sleeping and concentrating, feel irritable and constantly on guard, and may be easily startled. Symptoms can be severe and last long enough to significantly impair an individual’s daily life. PTSD is complicated by the fact that it frequently occurs in conjunction with related disorders such as depression, alcohol or other substance abuse. The disorder is also associated with impairment of an individual’s ability to function in social or family settings, including job instability, marital, and family problems.

Q: How common is PTSD?

A: An estimated 7.7 million American adults (about 3.5 %) have PTSD in a given year[ii]. About 30 percent of Vietnam Veterans developed PTSD at some point following the war[iii]. The disorder has been detected among Veterans of the Persian Gulf War, with some estimates running as high as 8 percent[iv]. A recent survey found that 15.6 to 17.1% of service members met screening criteria for Posttraumatic Stress Disorder after duty in Iraq.

Q: What treatments are helpful for PTSD?

A: In general, exposure therapy and cognitive restructuring are among the most effective treatments for PTSD[v]. Antidepressant medication can be beneficial in the treatment of PTSD, specifically two groups of antidepressants called selective serotonin reuptake inhibitors (SSRIs) and serotonin norepinephrine reuptake inhibitors (SNRIs)[vi].  Individual body chemistries are unique. One antidepressant medication does not fit all. One class of antidepressant may be more effective than another. Therefore, an individual may need to test several different medications before finding the one that works best. While antianxiety medications can help reduce anxiety symptoms and improve sleep, be aware that benzodiazepines (a type of antianxiety medication) can lead to dependence problems, so it is important to work closely with your provider to make sure that a medication and dosage is right for you.

This was modified from the National Center for PTSD FAQ and the National Institute of Mental Health, What is Post-traumatic Stress Disorder or PTSD?